Ancient Mongol warrior women may have inspired legend of Mulan 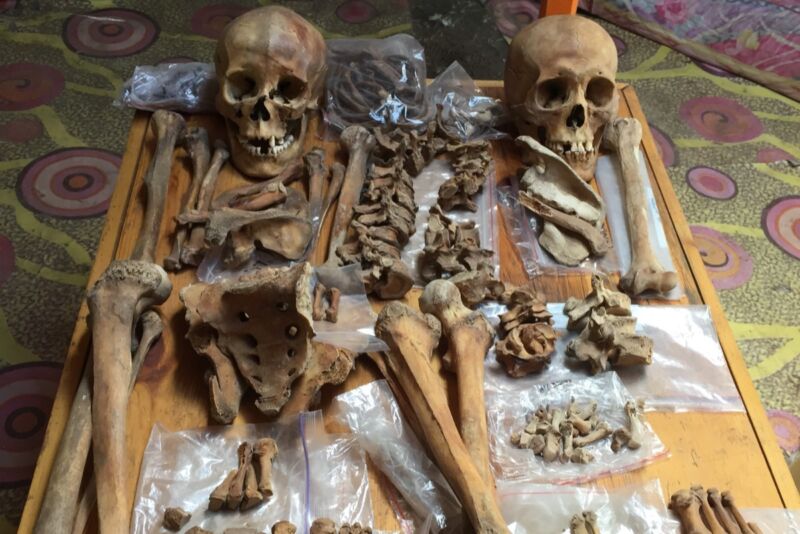 The story of Mulan, a young woman who disguises herself as a man to fight for China’s emperor, has become one of best known and most beloved narratives worldwide, thanks in no small part to Disney. The Mouse House’s 1998 animated film, Mulan, grossed $304 million worldwide and earned Golden Globe and Oscar nominations. The forthcoming live action version—delayed due to the pandemic—looks to exceed that performance when it is finally released. (It is currently slated for July 24, 2020.)

It’s long been thought that Mulan was based on actual female warriors of the Xianbei, an ancient nomadic people from modern-day Mongolia and northeastern China. Now, anthropologists believe they may have found physical evidence of such warrior women in skeletal remains found in that region.

The Chinese legend of Mulan first appears in several ancient texts, eventually becoming a folk song, “The Ballad of Hua Mulan,” transcribed sometime in the sixth century. It tells the story of a young woman in the Northern Wei era, spanning 386-536 CE, although some details were added later, around 620 CE, during the Tang dynasty. She takes her father’s place when each family is required to provide one male to serve in the emperor’s army. Hua Mulan serves for 12 years with none of her fellow soldiers ever suspecting her true gender. Later versions of the legend appeared in the late Ming dynasty, followed by a 1593 play by Xu Wei, and the Sui Tang Romance, a 17th century tragic novel by Chu Renhuo. In that, Mulan has a younger sister and bonds with a fellow female warrior named Xianniang.

Christine Lee is an anthropologist at California State University in Los Angeles, specializing in the East Asia region. She had organized an entire symposium at the now-cancelled (thanks, coronavirus!) American Association of Physical Anthropologists conference called “The Hidden Lives of Women,” examining archaeological evidence from skeletal remains in hopes of gaining a more accurate picture of the historical roles of women. “Historically, archaeology has been a very male dominated field,” Lee told Ars, resulting in a possibly biased traditional interpretation (wives and mothers) of what the lives of women were like.

Lee’s own contribution to the symposium centered on women warriors, specifically the nomadic women who lived north of the Great Wall of China thousands of years ago. The Xiongnu lived in the region 2200 years ago, only to be displaced by the Xianbei some 1850 years ago. The Xianbei in turn were displaced around 1470 years ago by Turkic populations.

Lee is well acquainted with the ancient poems, songs, and legends celebrating the exploits of rumored warrior women, including The Ballad of Mulan. Even written records from the later Khitan period (around 900 CE) and the subsequent medieval Mongol period mention queens who had their own armies. “I was thinking, if there are all these stories, then why hasn’t anyone ever found these women?” she said. “It’s only because nobody was looking. I thought it was time to look.”

During her years of field work, Lee has collected quite a bit of data from China and Mongolia. Along with colleague Yahaira Gonzalez, she re-examined skeletons from 29 ancient Mongolian burial sites for evidence of arthritis, trauma, and certain musculoskeletal markers.

Three of the skeletons belonged to Xianbei women—and two were potentially warriors. Lee and Gonzalez reached this conclusion partly due to the nature of marks left on the bones where muscles once attached. The marks are larger if the muscle was heavily used, and the pattern of marks on both women’s skeletons suggests they had routinely worked the muscles someone on horseback would use. There were also indications that they practiced archery.

This was a pleasant surprise for Lee. “It’s a small sample size, only 29 burials, and there are two women who fit the bill,” she said. “That’s actually a lot. I didn’t expect to find any.” This expanded role for certain women might be related to the political instability of that era, which was marred by outbreaks of violence for several hundred years after the collapse of China’s Han dynasty in 220 CE. In contrast, the skeletons of three Turkic women showed no evidence of practicing archery, and only minimal signs of horseback riding.

Lee did not find evidence of trauma, but this might be because the remains likely belonged to members of the elite class, based on their presence in the burial mounds, which are more like tombs, some 20-30 feet deep with various rooms. “It may be that the elite were not allowed to actually engage in hand-to-hand combat at this time,” said Lee, since other skeletons from China and Mongolia do show signs of having been in battle.